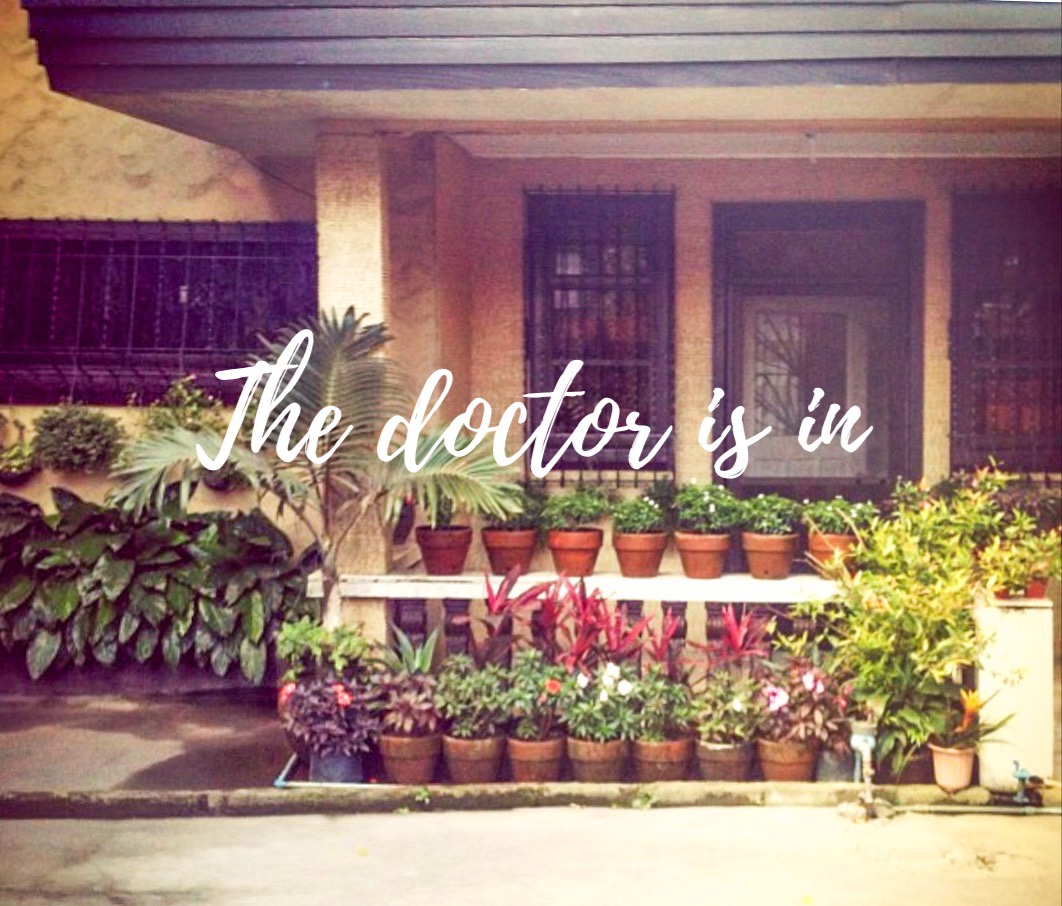 The doctor is in: Growing up in our family clinic with my dad

Eversince I was born, my father would set up a small family clinic in the house where we live in. One of the happiest moments of my childhood was when I sit on my father’s desk and wear his stethoscope and role play as a doctor or a nurse. He would carry me on his lap and I would listen to his heartbeat, or listen to him whisper words on the bell of his stethoscope 🩺. I used to wear his big white vest and pretend that I was the doctor while he was the patient. There were times that I just loved flipping through the pages of my children’s encyclopaedia whilst sitting on his desk pretending to be him when he reads his medical books.

”I would never regret that I did not pursue specialism, Now that I don’t get to be with you, I look back to those times when I got to see you grow up in my own clinic. To me, that’s something more precious than anything in the world.”

I could not help but burst into tears when my father recently told me this over video chat a few weeks back. I never thought I have been wanting to hear those loving words from him. I guess growing up with my father as a doctor, I have always been proud of this part of him. I grew up in a family of medical and science profession, and one would have an impression that we are loaded. Well, I am here to tell you, we are not, and I am so thankful to be brought up humbly by my parents.

We set up a nice family medical clinic in Silang, Cavite where we spent most of our lifetime. Though it was near Tagaytay, a city known as a tourist spot, its colder climate with the best view of Taal Volcano, and posh people living around the area, Silang is a town of humble people. My father only charged 150php(£2.50) per consultation in the beginning and he made sure to sell medicines that were affordable to the people around our area.

Growing up in a clinic with my dad as the physician, I had always been his nurse even before I took my nursing degree. I wrote down patients’ details, organised records and charts, prepared medications and equipments, assisted in minor surgeries and normal deliveries, oh and yes I enjoyed assisting in our circumcision missions every summer. LOL!

My dad was in his clinic almost 24/7 and people who need him can knock on our doors even in the middle of the night for emergencies. My dad would still attend to them even when they could not pay. Some patients will pay him with fruits and vegetables and he happily accepted them. I always admired this soft side of my dad.

I used to question this way of thinking at the back of my mind as I studied in private schools where I saw my rich classmates having the best school supplies, or a lot of money for lunch that they could save up for Friday afternoon snacks at Starbucks or Mcdonalds. I only used to bring 50php (less than a £) everyday, enough for my lunch. Sometimes my dad would prepare ready meals in the morning with little packets of ketchup that he prepared himself. He used 2 inches plastic packs and he burned the ends using a candle to seal them. The little things he did put a smile on my face every time. I cherished them.

Though I questioned his way of life, it etched in my mind when he said that money is not everything in this world and that the most important thing is to serve people who are in need, because by the end of the day, when we face judgement day, money would not save us, but the good deeds written by our angels in our books.

He was once the president of Philippine Academy of Family Physicians in Cavite and I was so proud of him. I did not understand what his role was but I remembered helping a lot in creating invitations and programs for the events they do. Thinking about it now, he was the only president who did not have a car. Most of the doctors I saw there dressed in fancy clothes and expensive watches, but I did not care. My dad was in front of the stage lecturing in front of these fancy people and I was a proud daughter in the corner listening.

When my mum and dad separated, I remembered that it was a shock for me and my siblings. I was sitting in class when I received a text message from my mum. My life as their child, I would say, was very colourful. I never had that sweet talk from both of our parents saying that it wasn’t our fault, or that reassurance that everything will be ok, I just learned to accept it as it is and moved on with my life.

It was not all perfect in the family. My father, just like other fathers, have a lot of flaws in him. I did not understand his struggles until I went to nursing school and studied people’s behaviours and why they behave in certain ways. There was a time that I wished I had another dad, but now that I have grown up to be a mature strong independent woman, I would never trade my father with anyone. He was always the one who pushed me to become better. He planted seeds of standards in my mind that I did not realise were there until they grew and blossom in time. He used to tell me, that the only wealth he could pass on to us is our education. This is why my parents did not have extra money to buy a car, or save up for our own property, everything went to our expensive private schools despite the fact that they were not earning a lot. The dedication on how they provided for our basic needs is something I will always be grateful for.

I did not grow up with a silver spoon just like others thought. I grew up with struggles and humility and that gave me a different perspective in life. If it were not for my parents, I would not be in the position where I am now. My profession is a humble one, but it is something I am very proud of. Serving for the people who are in need gives me a great sense of purpose. Looking pass through other people’s flaws and still treating them equally is something I learned dearly from my father. No amount of wealth can ever replace that.

As I sit here in front of King’s college in Cambridge enjoying the sun while I write this blog, I think of all the fathers in the world and their struggles of raising children especially girls like me.

Just like when I used to sit in the corner full of doctors and adoring my dad speaking in public, it is quite a loving and pleasant thought that now, I have gotten its reciprocity: my dad is now my number 1 fan. 😊

Happy father’s day to my dad and all the struggling dads in the world. We are proud of you! 💓